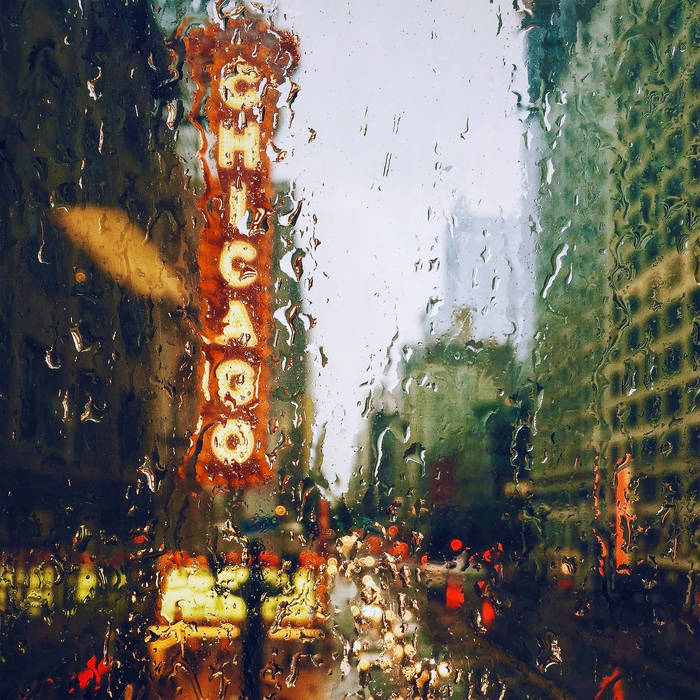 70striplounge This album is masterpiece level. The track work and the lyrics are nuclear. These men know the craft. Salute. Favorite track: Free.

DJ MECH1 Worth the wait. The album is fire! JazakAllah Ahki!

What are the consequences of living in this fucked up world? Within the first few seconds of their collaborative album, Cost of Living, rapper Philmore Greene and producer Apollo Brown articulate this question with unequivocal clarity. It’s an inquiry that looms at the core of their elegiac and existential soundtrack to modern inner city life. How can one escape the systemic traps that have ensnared generations since time immemorial? What does it mean to make the right choices? And if you emerge from the chaos to live a beautiful life, how do you overcome the survivor’s guilt and lingering trauma?

Cost of Living is an album full of authenticity that can’t be faked. These are songs that betray the scar tissue. Contemplative fire. Verité films of the westside of Chicago. It’s this noirish part of town that nourished Greene and gave him nightmares. The place where he saw his first dead body in his early teens, where he lost his brother to the street violence only a few years later, and where he turned to the pad, pen and microphone as a refuge and way to share his hard-fought wisdom.

The themes are nothing less than life and death. A lifestyle of endemic poverty, opportunities denied and dreams deferred. With a roll of the dice you can receive death, prison, or a path out. As the scratched vocals of Common echo on the hook to “Steep Life:” “rappers and hoopers, we strive to be like.” Greene is all too aware of reality. Like the former Common Sense before him, he has created a canon of morals and integrity that eschews sanctimony. The testimony of someone who has seen dope runners and villains, broken passions and cold-blooded betrayals, the consequences that can befall you in the concrete jungle if you’re not careful (or even if you are).

Behind the boards, Apollo Brown creates a cinematic backdrop of tense, moody strings and hand-of-god drums. A reminder of why he’s already become a rightful heir to the throne of Pete Rock, J Dilla, and DJ Premier. As Pitchfork recently raved, the Detroit's producer’s “fidelity for the grime and grit of rap’s second Golden Age goes beyond simply trying to recreate DJ Premier beats. Flourishes across his instrumental projects and over a dozen collaborative albums unearth the passion he puts into his art.”

Philmore Greene is an ideal match for Brown’s sumptuous canvasses, an MC who the Chicago Reader has hailed for making “confident, luxuriant boom-bap.” But it’s his ability to convey complex emotions, empathetic street narratives, and heartbreaking pathos that make him singular. Consider the sharp detail of his words on “Welcome to the Ave,” where he namechecks the dice games, “all my n**’s grinding in the same clothes as yesterday,” the robberies and larcenies, the street pharmacies, the “question marks where the fathers be.”

On the Evidence-assisted lead single “Paradise,” Green unspools his gift for classic rap storytelling, comparing Chicago to Pakistan, noting the sex workers, church bells, and constant paranoia. He cites the hypocrisy of a world where you can get 40 years for drug trafficking and be out in three for murder.

The centerpiece might be “This is Me,” where Greene details his own personal struggles and psychological turmoil. The murder witnessed at age 14 that sent him to therapists and shrinks, “fighting a battle inside of my mind.” You can almost hear the lurking footsteps inside his skull, as he worries about being watched and followed by the killer. He takes you back to being a teenager, wondering if he’d make it to 25. You flash forward a decade later, and Greene wakes up on his 25th birthday, crying tears of gratitude for the fact that he’s still breathing.

The cost of living may be high, but Greene and Brown allow you to understand that it is not insurmountable. There are too many losses and not enough gains, but as long as there remains a belief in something deeper and the possibility of something better, hope remains alive. This is soul music in the deepest sense, not as an aesthetic but as a physical place, where heart, philosophy, and the spirit reside. This is something for the ages, a work of tragic timelessness. After all, these issues have been here before us, and they’ll be here long after us.

mixed by Magnetic @ The Disc
mastered by Joe Hutchinson