from Thirty Eight by Apollo Brown 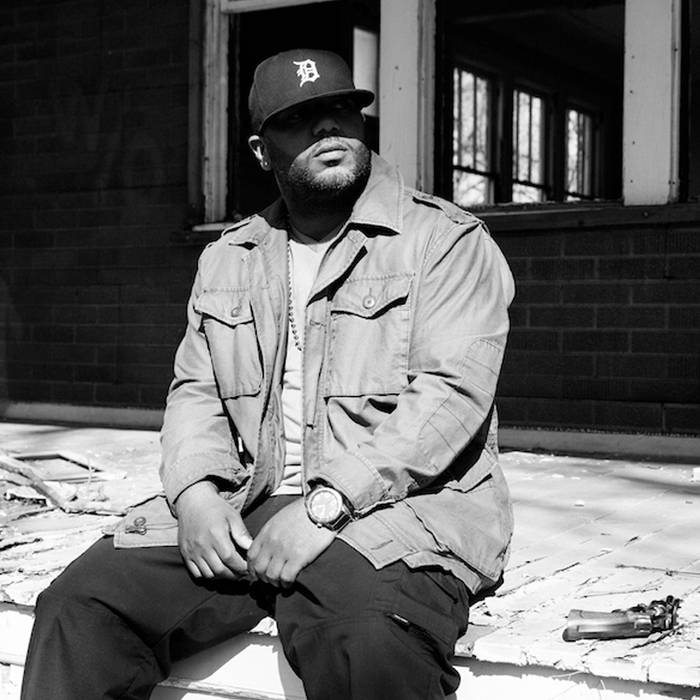 “Customized pens, wise men, I’m tied in, the environment I’m in is like a lion’s den” - Roc Marci

This is one of two bonus joints Roc Marci did with Apollo after we finished making the Thirty Eight album and were ready to hand it in for manufacturing.

We wanted to do something to make people appreciate the CD version of the album, and tho we love vinyl, vinyl heads tend to forget that the music - no matter the format - comes first. So, in an attempt to cross-pollinate the cd market with the vinyl markets (yeah these seem to be two distinct groups of people), we decided to make the CD as a product so dope you wanted to have it even if you didn't listen to CDs anymore. So no standard jewel case shit, we had a factory in Bejing make up a hardback book looking like cover slightly larger than a CD case with an opening on each end. Then we did this special 5" vinyl - not a 7" 45 - but a vinyl the size of a CD. We brought in Roc to make two solo joints as incentive to make this a dope package.

So of the two tracks, this is one of them: "Lonely & Cold" (the other is titled "Shotguns In Hell"). The sound is something Apollo had started experimenting with for the Ghostface Killah record - The Brown Tape - that Apollo did in late 2013 as a companion re-envisioning of Adrian Younge's version "12 Reasons To Die". It's a more striped down, bare, and rugged type of production when compared to some of Apollo's more horn lush and drum layered affairs.