from Clouds by Apollo Brown 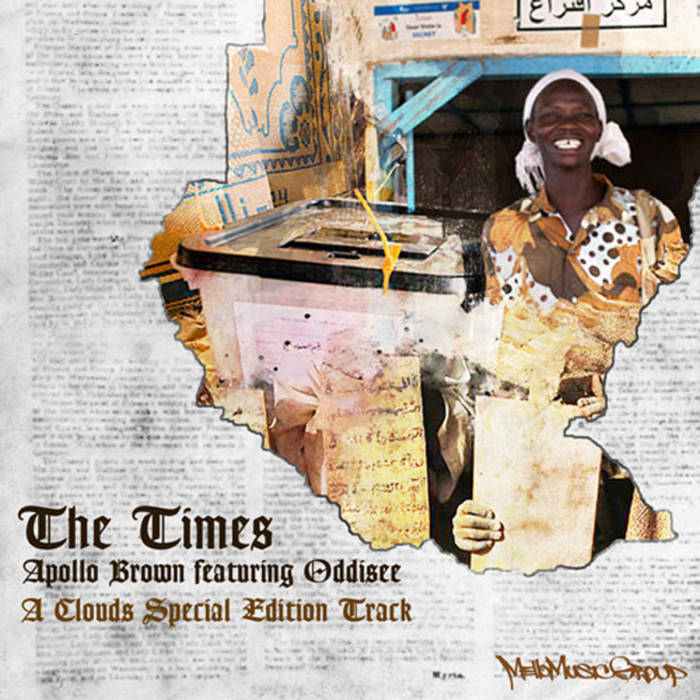 Televised revolutions on the net/

Only yet we're witnessing connecting us could pose a threat/

Over through the openness of poverty & hopelessness/

Cover it with shadows of a mob, tipping over stress/

& they've got their torches lit/

Stolen chips are given back, what be that, Sherwood/

Justice wears the face of us, who be that, Thurgood/

off the banks of river Nile/

wash away the villains vile/

This is how we disembowel/

The belly of beast/

Another message from the east/

I only hope we hear it loud/

Let the wise men deliver, to the salivating crowd/

Thirsty for the end of hurting, fiending to begin the plow/

Present for the present state to never let it come around/

As blind eyes begin to see the vivid end /

As time dies, a new era fit to begin/

Let's celebrate the end, & get to starting over/


Birth of a nation/

Problems that they're facing/

Indeed congratulations is in order/

I'm from north of the border/

Responsible for the slaughter/

I was on their side/

For them I'll always ride/

Being raised in the states, I learned we're in the same tribe/

Niggas in the eyes of those from outside/

They wanted us to die, it's conquer & divide/

It's all for the oil that rest beneath our soil/

Within our turmoil their nations are going to thrive/

It's too late though/

The murders & the rape/

Have replaced how we relate/

With the kind of hate though/

All according to plan/

Use the color of a man/

Then divide up all his land/

As if it was fate though/

But good luck though to my brothers in the south/

Africa's youngest country hope you show them what you're about/

As blind eyes begin to see the vivid end /

As time dies, a new era fit to begin/

Let's celebrate the end, & get to starting over/

Artwork by Alvin the Third